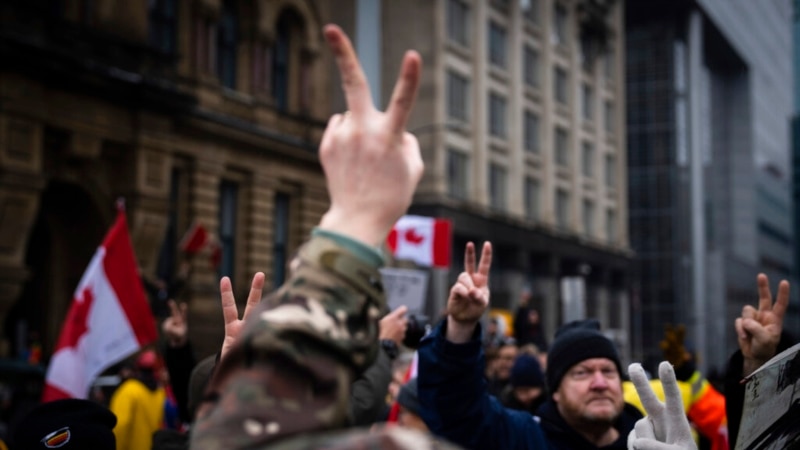 The trucker protest around Canada’s parliament building in the capital of Ottawa continued Thursday, entering a third week.

Truckers remained defiant despite a growing police presence and threats of arrest, fines and the freezing of bank accounts by the government of Canadian Prime Minister Justin Trudeau.

“I’m prepared to sit … and watch them hit me with pepper spray,” said Pat King, one of the protest leaders. As for the trucks parked bumper to bumper, he said: “There’s no tow trucks in Canada that will touch them.”

Truckers are demanding an end to vaccine mandates and other COVID-19 restrictions.

“If it means that I need to go to prison, if I need to be fined in order to allow freedom to be restored in this country — millions of people have given far more for their freedom,” David Paisley, who traveled to Ottawa with a truck driver friend, told The Associated Press on Wednesday.

On Monday, Trudeau invoked the Emergencies Act to end the protests.

The last of the three trucker protest border blockades between the U.S. and Canada ended Wednesday. The blockades had snarled trade between the two countries.

Some information for this report came from The Associated Press.