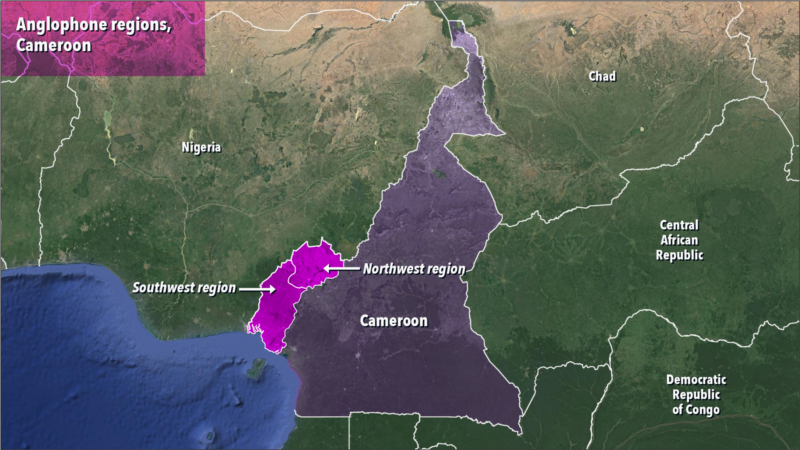 Rival anglophone separatist groups in Cameroon have clashed this month, causing an undetermined number of casualties. The fighting was triggered by power struggles within the separatist movement.

Ambazonia is the name of the state that separatists are attempting to create.

Daniel says the groups clashed after separatist political leaders voted to impeach Samuel Sako Ikome, the president of what the separatists call their interim government, or IG.

“We have seen forces distancing themselves from command and control as a result of the impeachment of Sako Ikome and the further splintering of the IG group and we have seen field marshal who is supposed to be the overall commander of the Ambazonia Restoration Forces desperately trying to command loyalty from forces who have denied aligning themselves with him,” he said.

On Monday, separatists on social media platforms said Oliver’s group was clashing with the ADF in six towns across western Cameroon. The message noted casualties but gave no details.

Cameroon’s military says the fighting has been bloody in Kumbo, an English-speaking northwestern town. The military says at least 15 fighters have either been killed or wounded.

In Kumbo, a self-proclaimed separatist who goes by the name Mad Dog says he is leading attacks against separatists who support Lekeaka Oliver. He accuses Oliver of corrupt practices.

Mad Dog says he has not received guns, ammunition or congratulatory messages from Lekeaka since becoming the leader of separatist fighters in Kumbo nearly five years ago. He says henceforth, Lekeaka’s orders will not be respected in Kumbo. Mad Dog says he strongly believes that the self-proclaimed field marshal is a Cameroonian government agent pretending to be fighting to liberate English speakers in the majority French-speaking country.

Ikome has denied the charges.

“My brothers of Ambazonia must come together. This is the time because if we continue, the division is going to dampen the spirits of our people [fighters]. I urge my brothers and sisters to come together. Let’s put our hands on deck and fight one enemy, which is the Cameroonian government,” he said.

Cameroon’s separatist conflict erupted in 2017 after teachers and lawyers in the North- and Southwest regions, where English is the predominant language, protested alleged discrimination by the country’s French-speaking majority.

The U.N. says the war has killed several thousand people and forced more than 500,000 to flee their homes.