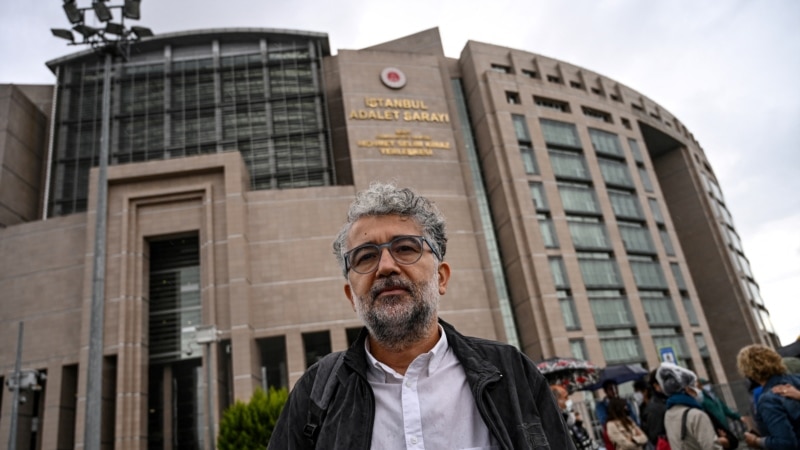 Five Turkish journalists were beginning jail sentences Tuesday after a court rejected their appeal against a conviction related to their coverage of the deaths of Turkish intelligence officers in Libya in 2020, a lawyer in the case said.

The five were convicted in September 2020 of revealing information and documents connected to intelligence activities. They were variously held in detention for up to six months during their trial.

The charges related to articles and social media posts published shortly after President Tayyip Erdogan said in February 2020 that Turkey had “several martyrs” in Libya.

Turkey has provided military support and training to Libya’s internationally recognized Government of National Accord and helped it fight off an assault lasting several months on the capital Tripoli by eastern Libyan forces led by Khalifa Haftar.

Two journalists were sentenced in September 2020 to three years and nine months in jail, while three were given four years and eight months.

The defendants denied the accusations, saying they had been doing their jobs as journalists. An appeals court rejected their application on January 28.

According to the indictment, Murat Agirel, a reporter for Yeni Cag newspaper, was the first to reveal the identities of the intelligence officers, sharing names and photos on Twitter and referring to Erdogan’s comments.

“I am going to jail again for wishing martyrdom for the children of the homeland who fell as martyrs … Do not be silent, do not fear,” Agirel tweeted on Tuesday before turning himself in.

Celal Ulgen, a lawyer in the case, said the journalists were being jailed for doing their jobs and called the sentences “an intimidation directed toward all of society.”

Turkey is one of the world’s biggest jailers of journalists.

Critics say Erdogan has eroded the independence of courts and the media since a crackdown following an attempted coup in 2016. Officials say the courts are autonomous and arrests have been necessary due to security risks.

Turkish courts do not generally confirm rulings to the media and there was no word on Tuesday’s case from the government.