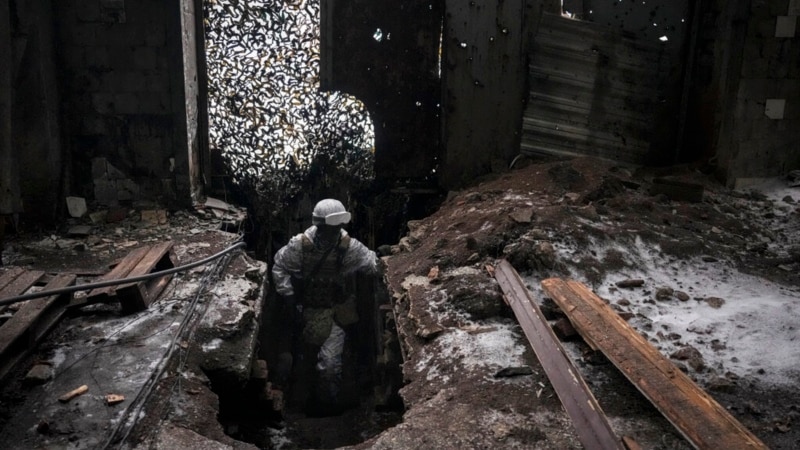 Western nations have threatened sanctions against Russia if it invades Ukraine. While leaders have given few details about exactly what measures they plan to take or precisely what Russian actions would trigger sanctions, they have promised to make any new sanctions more punishing than previous efforts. Here is a look at what the United States and European countries might be considering.

The White House has said it is considering imposing export controls on Russia, which would restrict Russia’s ability to obtain the integrated circuits necessary for a range of technologies including smartphones, televisions, aircraft avionics and machine tools. Such an action could include adding Russia to the most restrictive group of countries under export controls, which includes Cuba, Iran, North Korea and Syria. The United States imposed similar technology sanctions during the Cold War to limit Russia’s ability to make technological developments.

The recently completed Nord Stream 2 natural gas pipeline between Russia and Germany has been considered for sanctions. The gas line is still awaiting final approval from Germany, and Berlin has come under pressure to deny its approval. Germany has indicated that it might consider not approving Nord Stream 2; however, Europe’s energy dependence on Russia makes it difficult to take this route.

The U.S. and the European Union already have sanctions in place in Russia’s energy sector, including those imposed on the state-owned gas company Gazprom. Future efforts could deepen those sanctions or increase the number of companies affected by them.

One of the toughest actions the United States and the EU could take against Russia is cutting Moscow out of the SWIFT financial system that is used by banks around the world. If such a move were made, Russia could not engage in most international financial transactions, including taking international profits from oil and gas production.

This action was considered but not taken when Russia annexed Crimea in 2014. Russia said at the time that being cut off from SWIFT would be equivalent to a declaration of war. Since then, Russia has tried to develop its own financial transfer system called SPFS, but that system has struggled to gain traction.

German Foreign Minister Annalena Baerbock has expressed doubts about kicking Russia out of SWIFT, saying, “The toughest stick won’t always ultimately be the most intelligent sword.”

Another possible strong financial measure against Russia would be blocking Russia’s access to the U.S. dollar. Without access to the U.S. banking system, Russian companies would find it difficult to conduct routine transactions and purchases. The United States could impose this sanction alone, without approval from other countries, unlike the SWIFT option. U.S. President Joe Biden has indicated to reporters that the United States is studying this option.

Governments often target specific individuals for sanctions, imposing travel restrictions and barring them from holding overseas assets. Citing data from the Office of Foreign Assets Control, The Associated Press reports that 735 Russian individuals are still under U.S. sanctions over Russia’s annexation of Crimea. The U.S. and British governments have threatened to sanction Moscow’s elite if Russia invades Ukraine again. Some U.S. lawmakers want the Biden administration to consider sanctioning Alina Kabaeva, an Olympic gold medalist in rhythmic gymnastics reported to be the girlfriend of Russian President Vladimir Putin.

“The individuals we have identified are in or near the inner circles of the Kremlin and play a role in government decision-making or are at a minimum complicit in the Kremlin’s destabilizing behavior,” White House press secretary Jen Psaki told reporters in late January.

Putin himself is also under consideration for targeted sanctions. U.S. lawmakers have proposed sanctions against the Russian president and Biden has said he would consider such measures. Moscow has said any sanctions against Putin would not hurt him personally but would be “politically destructive.”

Some information in this report came from Reuters and The Associated Press.