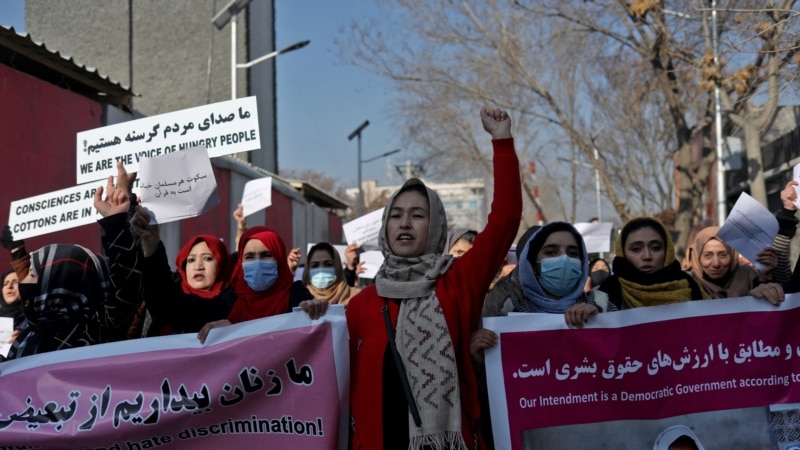 The U.N. human rights office is calling on the Taliban for information about the whereabouts of six women who were abducted two weeks ago in the Afghan capital, Kabul.

The agency says it is extremely concerned about the fate of the six who were abducted in connection with women’s rights protests in Kabul. On Saturday, the de facto Taliban authorities announced they were investigating the disappearance of these individuals.

U.N. rights spokeswoman Ravina Shamdasani said no confirmed information on their whereabouts has been received.

“We call on the de facto authorities to publicly report on the findings of their investigation into the abduction and disappearance of these women and their relatives, and to take all possible measures to ensure their safe and immediate release, and to hold those responsible to account,” she said.

Shamdasani said since the women were abducted, there have been worrying reports about searches at the homes of other women who have taken part in demonstrations. She said information about where they’ve been taken, and their well-being is lacking and unclear. All of this, she said, perpetuates a climate of fear and uncertainty.

“These reports have also brought into focus what appears to be a pattern of arbitrary arrests and detentions, as well as torture and ill-treatment, of civil society activists, journalists and media workers, and former government officials and security forces in Afghanistan. We also continue to receive credible allegations of other gross human rights violations,” she said.

Shamdasani said control over dissent appears to be tightening.

Taliban government spokesman Zabihullah Mujahid bristles at criticisms such as this. In response to media questions earlier in the week on the disappearance of the six women, he denied that any were being held. Then he said the authorities had the right “to arrest and detain dissidents or those who break the law.”