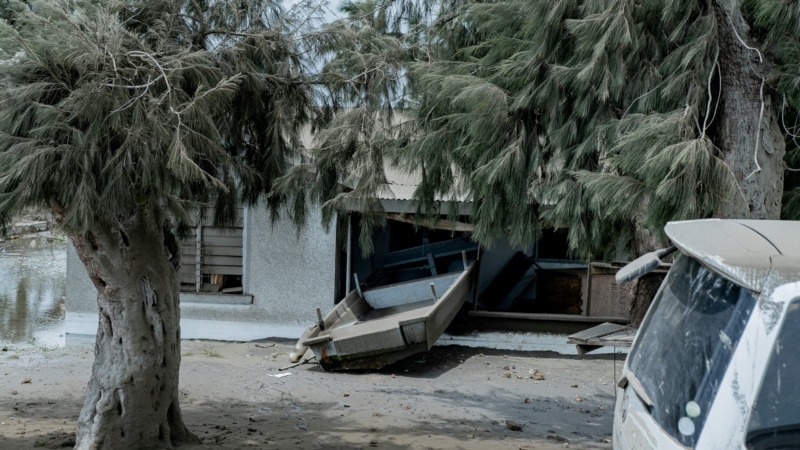 The international relief effort is like no other as Tonga recovers from one disaster while trying to avoid another. It has strict “no-contact” protocols that act as a barrier to prevent transmission of the new coronavirus from foreign navy ships and aircraft to the Tongan people.

But those defenses appear to have been breached, and the Pacific archipelago will go into lockdown for at least two days starting Wednesday. Australia’s navy vessel HMAS Adelaide unloaded supplies last week despite a coronavirus outbreak that infected more than 20 of its crew. Britain, France, New Zealand and the United States have also been delivering essential supplies.

“We are talking about people who are there on firsthand when we have ships or aircraft coming into Tonga offloading cargoes. And also, they are the frontline, they are the person, first contact with anything landing here in Tonga. We just need to protect their identity while they work on trying to find or to trace where they have been in the past few days,” Kupu said.

Tonga has a population of just over 100,000. It closed its borders in early 2020 as the coronavirus pandemic swept the globe.

Since then, the island nation has diagnosed just one case of COVID-19, in a man who returned from New Zealand in October last year and has since fully recovered.

The volcanic blast 65 kilometers north of the Tongan capital of Nuku’alofa was one of the biggest recorded in decades, generating massive tsunami waves and blanketing the island nation in toxic ash. Three people died.

An undersea communications cable that connects the archipelago to the rest of the world was damaged in the volcanic eruption.